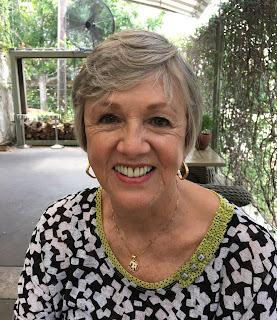 Rhea Powers' path to becoming a spiritual teacher has been a long one.  Her discovery of her own past-life memories, some three-and-a-half decades ago, has led to channeling, writing books, and guiding others in their own awakening.  Her seminars and workshops have taken her to four continents and have allowed her to assist thousands of people in their own unique unfolding.  Today, through her books, newsletters and the weekly Messages From Beyond, Rhea continues to share her own evolving consciousness. If you would like to receive the weekly Messages, please send your email address to Rhea at rheahello@gmail.com.

Rhea’s own journey of awakening began in 1978 while teaching at a high school in a small town in Missouri.  As she was trying to understand why one particular class, which was full of football players, was so difficult, she had a spontaneous past-life memory.  At first she did not understand what was happening, but she soon realized that she was experiencing an event of from another time—and it was not a pleasant one.  Apparently she had been beaten to death by a gang of bullies in a past life.  Recognizing that long ago imprint on her soul as the reason that she was intimidated by the aggressive energy of the football players, she  was finally able to take charge of the class.  By the end of the year it became her favorite class.
Soon, more past-life memories surfaced, but it would take some effort to learn to deal with them.  Rhea started by reading books on the subject.  She moved to California where she discovered many people with the same interests.  Rhea attended seminars and gradually learned how to work with her past-life memories as they surfaced.  With each new memory, deeply buried beliefs and decisions arose.  As she brought these decisions into consciousness, their power and impact on the present dissolved.  Realizing that personality structures formed by decisions made in previous lifetimes were unconsciously running her life, she delighted in feeling the freedom that came as the structures dissolved.  This opened up her life in ways that continually surprised her.  She felt closer to the truth of not only herself, but who we all are.  Before long, using the technique of past-life regression that she developed, Rhea was guiding other people into experiences of their own previous incarnations and releasing limiting structures from their past.  The result of her work with her clients was clearly beneficial, and her reputation grew.
Rhea subsequently moved to Manhattan, where she opened up a practice as a past-life therapist.  During her many years as a therapist, she also started to channel.  Answering a request from Spirit, she channeled two books.  Her work eventually took her to Europe.  A publisher in Germany found out about her books and approached her about publishing them.  The first book, titled “A Call to the Lightworkers,” quickly found an audience, and the second book, “Time for Joy,” was also well received.
Soon her readers wanted to meet her, and she moved to Germany and began hosting weekend events.  As people wanted more, she did longer workshops.  Her popularity spread, and Rhea soon found herself doing workshops and seminars throughout Europe.  She wrote more books and led workshops with her then husband Gawain Bantle. Their work took them to Australia and South America as well.  Rhea and Gawain worked together for 15 years before they went their separate ways.  During that time the work evolved and came to include meditation, movement, and various types of personal and psychological exploration.
Today Rhea lives with her husband, Chris Krueger, in Denver, where she continues to bring through the Messages From Beyond.  She has had ten books published in German, and several of these are also available in English and Spanish.

Rhea is most excited about her recent novel, “Beads on a String.”  Set in an ancient temple to the Mother Goddess, it tells the story of the high priestess, Iza, as invaders bring their Father God to her people.  The novel is available in English and German as an ebook through Amazon. Apaperback version of the book is available through Rhea in English at
rheahello@gmail.com
Email ThisBlogThis!Share to TwitterShare to FacebookShare to Pinterest
Home